Should The Cruise Lines Receive Assistance From The Government?

Let's face it, COVID has hurt many companies and the industry that has been hardest hit is the travel industry. Without a doubt, the hardest hit of all in the travel industry are the cruise lines. Hotels and airlines have been up and operational for months now, although many are operating at a reduced capacity. Cruises, however, are still not sailing and will probably not return to regular sailings until 2021, and even then, not at full capacity at first.

If a ship is going to the registered in the United States, it must meet the following criteria:

2.      The cruise ship must be staffed by U.S. crew members and paid based on U.S. minimum wage laws.

The second criteria that must be met is that the ship must be staffed by an all U.S. crew. Well, one reason that people love cruising so much is that it is such an incredible value. However, if the labor cost of the crew is increased due to them all needing to be paid a U.S. minimum wage or higher, the affordability of the cruises can drastically change. I know a lot of people would say that cruise lines are taking advantage of cheap labor and exploiting the workers. However, when you consider that the typical crewmember on a cruise ship makes $1200-$1500 a month, which is low by United States standards, it is quite high compared to other countries. The Philippines average income is $3,850 per year, Bolivia is $3,370, Ukraine is $2,540 and India is an incredibly low $2,130 per year. The cost of living is as much as 70% less in some of these countries, so when shipboard employees send money back home to their families, they can live quite well. However, if the cruise lines were forced to pay U.S. minimum wage, it would cost them much more since the typical work week on a ship can be 45-60 hours. This, in addition to the payroll taxes, would make the cost of the cruise much higher for the passengers. For example, a cruise on Norwegian Cruise Lines Norwegian Sun to Alaska might cost $2300 per person for a balcony cabin for a one week cruise, the Pride of America, which is an American registered ship, might cost $4400 per person for a balcony cabin for a one week cruise. So, if the cruise lines were to comply with the PVSA and register their ships in the United States, the cost of cruising would become unaffordable for many people.

Those of us who love to cruise have sailed on many different ships. The newer ships are all so massive and have so many exciting features that they have something for almost everyone. However, the problem with building these mega ships is that there are not any shipyards in the United States that are capable of actually building them. One of the largest and best-known shipbuilders in the world is Fincantieri in Italy.  These ships cost hundreds of millions of dollars to build, Royal Caribbean’s Oasis and Allure of the Seas cost over $1.4billion to build. So, in order to meet the demand of the consumers, these ships MUST be built overseas, which immediately disqualifies them from being able to be registered in the United States.

There are a small number of cruise ships that are registered in the United States. The largest is the Pride of America, which was originally built in the United States, but the cruise line that owned it went bankrupt in 2001. Norwegian Cruise Lines purchased it and towed it to Germany to be renovated and enlarged. Although the ship was not mostly built in Germany, the U.S. government made an exception to the PVSA to allow the construction to be completed overseas and still be registered in the United States. American Cruise Lines is the largest U.S. based company that operates river boats and small vessels. The biggest downsides are that the U.S. based cruise lines have smaller ships with far less amenities than most of the newer ships and the fares are substantially higher. Since they are registered in the United States, they remain is U.S. waters. Since they remain in U.S. waters. they do not have casinos onboard. Casinos are a large revenue generator for most traditional cruise ships, which means the cruise lines need to make up for the lost income somewhere else.

The PVSA was passed so that passengers could not be transported between U.S. cities unless they call on a foreign port within the itinerary. I used to take a lot of short 3-day cruises to Ensenada, Mexico out of Los Angeles. I always wished that they could do one that went north to San Francisco or Monterey, but they only stopped in Ensenada, and Catalina as well on the 4-day cruises. The reason for this is that all ships of a foreign registry must stop in a foreign port. So, even if a ship goes from Los Angeles to Hawaii, both U.S. ports, it stops in Ensenada, Mexico for what they call a “maintenance stop” to allow them to continue on their voyage.

If a ship is not on a closed loop, meaning that it starts and ends in the same U.S. port, it is required to visit a “distant port” during the voyage. Meaning it must be outside of North America and the Caribbean islands. However, if it starts or ends in different ports and only one of them in the U.S. it is still acceptable.

How this can affect you

The penalty for violating the act was originally $200 per person, which is now up to $762 per person. If the weather is bad and ship cannot dock at foreign port as scheduled, the captain will try and find another port to stop at, even if the passengers cannot get off. If they absolutely cannot stop in a foreign port, the penalty could be quite expensive. Imagine $762 per passenger for a ship that has 4,000 passengers on board. That would be over$3,000,000 in fines! The cruise line could request a waiver of the fees or request that they be reduced, but that is on a case by case basis.

However, if the passenger is responsible for the violation, then the cruise line would pass the fine along to them. For example, if you missed getting on the ship for a 9 day New England/Canada cruise from New York City, you could meet up with the ship in Boston at the first port of call and join the cruise there. This would mean that YOU, not the entire ship, embarked the cruise in Boston (a U.S. port) but then would disembark back in New York City (a U.S. port). This would then not be a closed loop cruise and would require a stop in a distant port before returning to New York City. Since Canadian ports are not considered a distant port, because it is in North America, it would not meet the criteria. Therefore, there would be a fine of $762 per person in your party. The way around this, is that you could meet the ship on the 6th day of the cruise in Halifax, Nova Scotia. Now, since you embark in Canada and disembark in New York City, you would not be required to pay the penalty, but you do miss most of your cruise. This does meet the criteria because either the embarkation or debarkation port is out of the United States. The scenario in which you get off the ship early would also have the same issue.

So, when considering if cruise lines should get assistance from the government as a result of being closed down due to COVID, it is not as cut and dry as some people would like you to believe. It is a 134-year-old law that makes it difficult for ships to register in the United States. The cruise lines would not be able to make cruises as affordable as they do and make the ships as phenomenal as they do and still stay within the given guidelines. It is not like the cruise industry does not create tax revenue. There are port taxes collected in the ports that they visit, there are payroll taxes on all of the corporate employees that work for the cruise lines, the dock workers at the port, the port staff that checks in the passengers, not to mention the thousands of travel agents that pay themselves and their employees for booking the cruises. So, before making a determination on if you feel that cruise lines deserve financial aid, consider all of these facts in your decision. 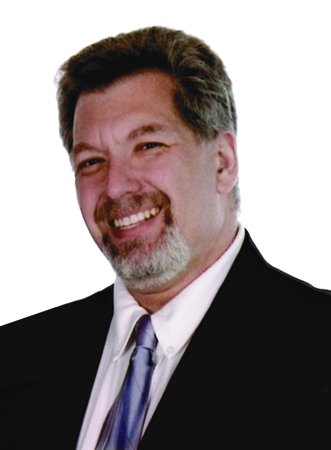 General Cruise Info
Should The Cruise Lines Receive Assistance From The Government?
The story behind why most cruise ships fly foreign flags and why an old law from 1886 keeps them from registering in the United States.
General Cruise Info
6 Ways to Get Your Cabin Upgraded
These are six ways to get your cabin upgraded for free or at a lower cost.